Cliché all the way or "Year in review vs the Future"

Inspired by Martijn Verburg article on Java/JVM year in review I decided to write my own version of some public and some more personal events that happened during the past year. My idea is also to add some cliché section in the style of "New Year Resolutions".

This has been quite an eventful year for me.

In the middle of March we had JavaDay, a JugMK organized event, where I had two talks. One was called QueryDSL - Clean way to have SQL in your java applications and the other with a more unconventional name Premature optimization, is it normal where the various pros and cons of selected optimization were overviewed.

I had my first book, which I co-authored with Gorgi Kosev called "HTML5 data and services cookbook", published. The book took a lot of my personal time which basically became non-existent. In any case this was an awesome experience for me and I liked the outcome of the book. This a not going to be some classics programming book like Pragmatic programmers, Clean code or even like Head First Design patterns, it will not be something of value 10 years from now, but I did not expect it to be when I got involved .

On the other hand, I will not say "Do Not Buy This Book", like Jeff Atwood did for his The ASP.Net 2.0 Anthology: 101 Essential Tips, Tricks & Hacks, but then it is quite possible that I'm not all that self-critical. Our goal was to create a book that would be of a great use to a programmer who has not really seen javascript as a real language and has only changed stuff here and there. To some extend we have achieved that. On the other hand, as my friend Andon said "you got to be crazy to write a HTML5/Javascript book nowadays". I went throught the book-writing process for the first time similarly as Jeff Atwood did, and can confirm that it is far from glamorous. My personal perspective on his points and few of my own is the following:

I won't suggest you not to write a book like Jeff did, I sure did not listen to him so why should you?! Before you start, make sure that such undertaking is what you really are passionate about and consider all the other options. I would now personally prefer blog posts over writing a full book just because you get the immediate feedback. If you are still considering it, read Seth Godin's Advice for authors.

As I noted in a previous blog post this is an event that happens 5 years in a row and it is the nearest real conference to JugMK's location. These type of events are great for connecting the various smaller communities near Macedonia and Bulgaria as well as creating new opportunities for all attendants. This one had the importance for me since it was a first public talk in front of international audience. I have done several lectures in the past while I was working as SUN/Oracle trainer as well as few internal company events but none of these were really in front of a public audience.

This is the event that I'm also very excited about that happened just a week ago. This was probably the best organized event by JugMK so far, mostly due to the involvement of our member Pance in the event preparations. The event went very smoothly and had great selection of talks. The talks are being added to Pareleys but for better or worse most of them are on Macedonian. This was the 4-th JavaDay in the past 4 years and the second this year which brought great new crowd. My talk was titled "State of the lambda" and was greatly inspired by the finial document for the Java 8 Lambdas. In a sense this is the year where the rebirth of Java is getting started, it is something that was mentioned by Stephan Janssen on the opening of Devoxx and it is very accurate. I do expect 2014 to be a great year for all JVM development. Note that I'm writing JVM and not Java since Java/JVM has become lot more than a language, but more of an ecosystem that is awesome for development. 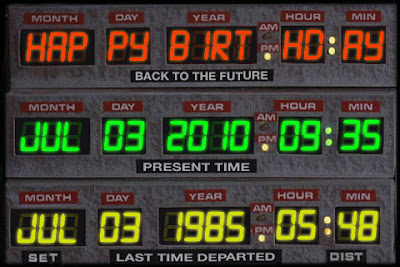 This would be my short list of goals for next years. Hopefully if I make them public I will make the most effort in fulfilling them:

All of these should be simple enough and reachable within reasonable amount of time. By announcing them publicly I am adding additional incentive to make them happen. This is in some sense a commitment device something that the authors of freakonomics would define as :

Time will show if this will work. I like to finish the whole story with a quote from Trainspotting

Choose life. Choose a job. Choose a career. Choose a family. Choose a fucking big television. Choose washing machines, cars, compact disc players and electrical tin openers..... Choose DIY and wondering who the fuck you are on a Sunday morning. Choose sitting on that couch watching mind numbing, spirit crushing game shows, stuffing junk food into your mouth. Choose rotting away at the end of it all, pissing your last in a miserable home, nothing more than an embarrassment to the selfish, fucked-up brats you spawned to replace yourself. Choose your future. Choose life..... But why would I want to do a thing like that?